Advocacy for investment in education

GDAA aims to raise at least $ 5 billion to transform education systems to benefit one billion girls and boys in 87 countries.

It is clear that Africa is now facing an education challenge, faced with the shortcomings of public education with states that are increasingly struggling to finance education.

World Bank figures show that young people represent 60% of the unemployed in Africa.
If, in the coming decades, nothing is done to reform education systems and boost the creation of quality jobs, countries will fall into social protest.

The investment funds will put $ 16-18 billion needed in different education sectors over the next five years in Africa with an equivalent return on investment in five years.

The irony is that the future of northern humanity will be played out in Africa; the young future generations of Africa will finance the future pensions of those of the north (to think about! win-win…). 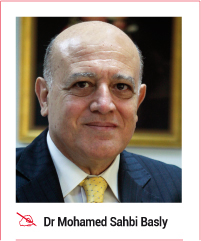 African mobility in the world

in a context characterized by Western domination / rivalry in all areas, especially economic and political, that China emerged in the early 2000s as a major player in Africa. The climax of this rise was the organization in November 2006 of the Forum on China-Africa Cooperation (FOCAC) in Beijing, which recorded the participation of more African heads of state than at any other summit. Are these developments sudden? What does China want? Does Africa win or lose in this relationship?

On the economic front, China has reoriented its relations with Africa by giving priority not more to aid, but rather to economic and commercial exchanges. First, it is true that for fifteen years, these exchanges have been gaining in intensity and benefiting Africa. Today, China has already become Africa’s largest trading partner. Trade between the African continent and China increased from $ 900 million in 1990 to more than $ 37 billion in 2005 and was around $ 50 billion in 2007. It would be the third largest investor in Africa after the European Union and United States. China’s investment in Africa is equivalent to that of the ASEAN countries and was $ 1.18 billion in mid-2006. The amount of its loans to Africa is now in competition with those provided by the World Bank. The latter estimates that although Africa has experienced an average annual growth rate of 6% since the beginning of the 2000s, half of this growth is attributable to China. On the other hand, China needs huge African mineral and oil resources. It seems obvious that China’s main interest in Africa is driven by the search for these resources. Thus, among the main African partners of China, the oil states like Angola, Sudan, Nigeria, Equatorial Guinea, Congo, Libya and South Africa occupy the lead. The economic interest is not limited to these resources, however, as it extends to activities as diverse as tourism, satellite launching, infrastructure construction, trade, agriculture and many other areas. .