Tunisia in the heart of the Mediterranean: the card to play with China

In anticipation of the Tunisian – Chinese joint commission which will soon take place in Tunisia, I make it a duty as a citizen to make my modest contribution to this periodic meeting between two countries which have enjoyed each other for sixty years, and whose relations have always been marked by mutual respect, solidarity and convergence of points of view at the multilateral and international level.

However, this meeting in January 2018, in my opinion, is of capital interest for today’s Tunisia in search of more prosperity and stability which can only be guaranteed by an economic recovery guaranteeing peace and social justice.

It is also an important meeting to consolidate our achievements in the past with the Middle Kingdom and to confirm to our Chinese friends our desire to raise our bilateral relations to a higher level so that they are up to the aspirations. of the two peoples for more progress and more prosperity.

I will not dwell for long on today’s China, on its real economic power, on its political project, and on its short and medium-term objectives or on its degree of nuisance or even less its predatory nature – this qualifier – which I used to hear in many western salons and chancelleries for over ten years.

yes, China is on the way to becoming the leading economic and commercial power and intends to confirm this by 2025.
yes, China has a political project whose outlines may still be ill-defined, but which is essentially oriented towards guaranteeing its territorial and political unity, and guaranteeing its security while waiting to play a more proactive role in the affairs of this world.
yes, China can have a certain degree of nuisance, if we do not take into account its strengths if it is not seen as a true partner, if it is excluded from the issues of this world.
yes, China may appear to be a predatory state because its needs are constantly increasing. An exponential difficult to satisfy but necessary in terms of food energy needs and other natural resources.
yes, China is all that, but in addition it has become essential for the world economy because it has become not only the locomotive but also ensures the responsibility and the very guarantee of world economic growth.
So what to do … we Tunisians in this globalized context of this global economy …?

Are we going to continue to behave as we had done until now towards this Asian giant, to hide its virtues and use politico – economic subterfuges which no longer have the right to quote in the context of this globalization Economic .. not to consider a direct and multifaceted cooperation with him ..?
Are we going to continue to look at this China only through the distorting mirror of powerful European or American political – economic lobbies …?
It is clear that today, we could no longer afford to maintain this attitude, while the IMF has just taken the necessary step a year ago with the integration of the Chinese Yuan in the basket. financial in the same way as the US dollar or the euro.

We cannot maintain this attitude either, when Europe, our strategic partner and which will remain so, had not substantially improved its subsidies to Tunisia within the framework of the Association Council with the EU, so that they have not stopped since the revolution and after giving us a Nobel Peace Prize, to congratulate us on our democratic progress, it is clear that this European aid for seven years did not correspond to these alleged democratic advances that they show us at every opportunity.

But China is also at a crossroads. Its internal challenges and the promotion of its foreign investments constitute a challenge that China must take up, and it is precisely the initiative of President XI Xinping which is the best adapted response to meet these major challenges which it faces.

This strategy called OBOR, (one Belt one Road) or the new silk road, has the major objective of promoting better communication, better exchange, better mutual understanding between peoples on the one hand and economic operators of on the other hand, which is likely to guarantee a lasting, efficient and prosperous cooperation.

In this dynamic, the Mediterranean Region gives a historical dimension to this Chinese initiative. Is it not natural that the rebirth of the Silk Road takes the path of history when Medieval China already traded with the Arab – Muslim world and the Mediterranean with a cultural and scientific procession and exchanges that marked the golden age of two thousand-year-old civilizations, Chinese and Arab – Muslim.

This new approach also contrasts with the unilateral commitment initiated by China a little over 10 years ago, according to the win-win formula and the strategy of non-interference in the internal affairs of States which did not allow the China to reap the expected successes everywhere.

In Africa, for example, China has encountered many obstacles when it comes to regional projects and has had to deal bilaterally with a degraded business environment and recurring political instability.

As for the Arab world, it is clear that the Arab Spring caused significant losses to China, especially in Libya, Syria and Yemen.

However in Europe, with the help of the Greek crisis, the Asian giant has managed to position itself in an almost institutional manner. We recently saw the EU invite the Chinese to fuel the Juncker plan, the aim of which is to revive the European economy.

This is how Chinese capital is also invited to feed the European Fund for Strategic Investments.

But it is in the Mediterranean that China also seems to be building its base of intervention in Europe, and in Africa, in particular from Greece and Turkey to the north, Algeria and Morocco to the south.

Beijing’s interest in the Mediterranean, symbolized by these examples, reflects its desire to make this new “maritime silk route” the main axis of its economic strategy and why not, a policy in a region that is essential for international trade. .

This is why Chinese initiatives in Africa, starting from Europe and via the Mediterranean, take on their full meaning since they seem to converge with Chinese objectives in a Euro-Mediterranean intervention area that could be designed in as part of a partnership with China.

In my opinion, this new Africa-Mediterranean-Europe deal requires special attention.

It devotes a vertical approach to development from Europe to Africa via the Mediterranean and deserves to be supported for several reasons:

It traces the contours of a new geostrategic, demographic, social and economic entity which is added to the two groups already constituted, Asia and the Americas;
It allows the development and blossoming of a still virgin continent with enormous potential – Africa – within the framework of a clearly institutionalized co-development and partnership;
It places the Mediterranean region, in a first step, at the center of the process, leading it to play a central role of interface between Europe, the Middle East and Africa. From marginal in 1990 – despite the Barcelona process initiated in 1995 – the Mediterranean once again becomes central;
It leads sub-Saharan countries to get closer to their northern neighbors to promote productive, sustainable and shared growth;
It offers Europe the opportunity to take a closer look at what is happening on the southern shore of the Mediterranean and to better face the socio-economic challenges it faces at home, but also abroad (illegal immigration, terrorism);
Finally, it allows this southern shore of the Mediterranean which has experienced popular uprisings over the past five years – which unfortunately have not kept their promises except in Tunisia – to consolidate the democratic processes underway, once the gamble on economic stability achieved thanks to this initiative and finally to see a democratic Euro-Mediterranean area guaranteeing freedom of political stability, co-development and more solidarity between north and south.
I dare to hope that Tunisia can play a prominent and central role in this Chinese dynamic in the region. Tunisia is, and must remain Mediterranean, land of culture and melting pot of three monotheistic civilizations, it must loudly claim this multicultural and ethnic vocation.

Geographically at the heart of the Mediterranean, it cannot avoid its obligations imposed by history and geography.

It could constitute a privileged partner for China to make the Nostrum pond a real lake of peace, security, prosperity and co-development. You just have to want it.

This is the goal that I have been striving to achieve in a non-governmental framework for nearly three years with my Chinese friends who have responded and I thank their commitment to this strategy.

I am convinced that this initiative will meet with the necessary echo among decision-makers in my country because it is in Tunisia’s interest and that it could lead to real cooperation opportunities that Tunisia sorely needs today , especially since this partnership that we wish to forge with our friends from the North and those from the Far East is only a concrete example of solidarity cooperation in the service of an economic globalization with a human face.

This upcoming joint commission therefore offers a unique opportunity to initiate such an ambitious project. We should on this occasion show our Chinese friends that we are ready to be their partners in the region by clear signals which must be clearly stated:

1- Let our Chinese friends know that we will be their privileged partner in the Euro-Mediterranean area by raising the level of chairmanship of the Tunisian-Chinese joint commission to the level of the prime minister of the two countries.

2- Announce on this occasion and without delay our adherence to President XI Xinping’s Silk Road strategy.

3- Complete the initiative initiated by the governor of the Central Bank of Tunisia through the concretization and implementation of the agreement signed in December 2016 between the governors of the two countries, relating to the SWAP agreement (Dinars – Reminbi ) with the consequences that we can imagine on the Tunisian external debt.

4- Prepare a state visit to Tunisia or China which will be an opportunity to implement all the intentions of both parties.

This will be our goal for which we should all work to irrevocably integrate Tunisia into economic globalization and the international development strategy and which will guarantee a better hope of life for our young professionals, our children and our grandchildren. . !! 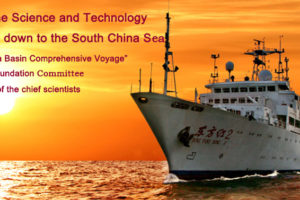 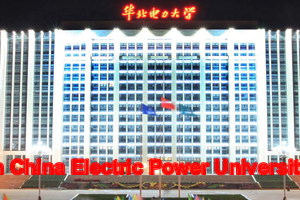 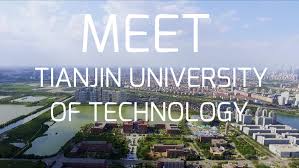 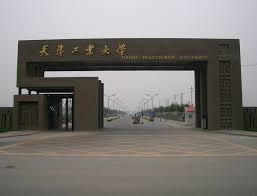 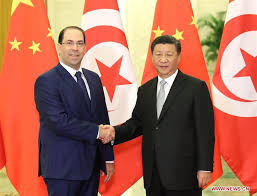 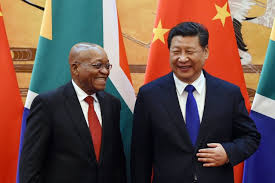 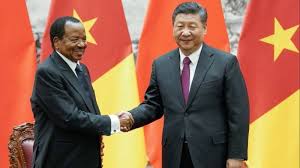 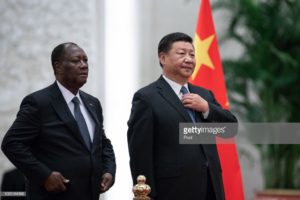 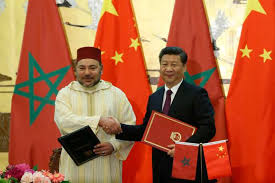 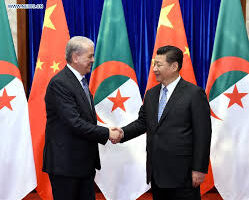 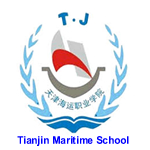 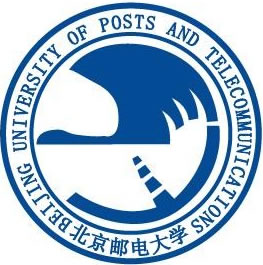